Illustration: Xia Qing/GT
China's 2019 gross domestic product reached 99.1 trillion yuan ($14.4 trillion), and per capita GDP made a breakthrough, for the first time achieving $10,000. China's per capita GDP is close to the central value of the income range of upper-middle-income countries, and China is a typical middle-income country.
In line with China's per capita GDP level, China's middle-income class is growing. The middle-income group represents the main consumer in China. The ongoing expansion of this group is a basic condition for the transformation of China's domestic demand-driven development mode.
Since 2015 China's consumption has consistently contributed more than 50 percent to economic growth, and in June 2018 it was close to 80 percent. Consumption has been the main contributor to China's growth in the face of the trade war launched by the US in 2018.
The fact that China's GDP per capita has reached $10,000 reveals that the income of China's residents keeps growing. According to the data of China Statistics Bureau, per capita disposable income was 28,228 yuan in 2018, with an average annual real growth of 7.1 percent in the past five years.
Notably, the per capita disposable income of rural residents increased by 7.4 percent, 1.2 percentage points faster than that of urban residents. The improvement of residents' disposable income is not only a solid basis for China's economic growth to realize the transformation from external demand to domestic demand, but also a necessary condition for China's transformation from high-speed growth to high-quality development.
With the increase of per capita gross national income, the proportion of Chinese residents' food expenditure in total expenditure will gradually decrease. According to data from the China Bureau of Statistics, the Engel coefficient of urban and rural residents in China was 27.7 percent and 30.1 percent respectively in 2018, 8.6 percent and 10.3 percent lower than that of 2011, which means that people's quality of life has improved.
What does China count on for its development in the next decade? Other than consumption, which is the biggest domestic demand, China has many unique advantages and rising new economic growth points. For example, China has leading super industrial towns: Huangqiao township, Taixing city in Jiangsu Province is the world's largest violin export base; Changle county, Weifang city in Shandong Province has produced nearly one third of the world's guitars; and Xuchang city in Henan Province, whose wig export volume accounts for half of the global markets share.
In addition, new economic industrial clusters represented by intelligent manufacturing, biomedicine, mobile internet, big data and artificial intelligence have been booming in recent years. For example, Zhangjiang High-tech Park in Shanghai has formed a medical and health industry cluster, and a software industry and "e-industry" cluster. In the past decade, the rise of the internet economy, which has brought economic vitality to Hangzhou, gave rise to a large number of e-commerce enterprises, internet financial enterprises and game animation companies. High-end manufacturing and intelligent manufacturing in Foshan, Guangdong Province, are developing rapidly. The robot industry chain in Foshan focuses on ceramic machinery, aluminum molding machine machinery, lighting equipment, home appliance equipment, electronic equipment, etc., effectively connecting traditional equipment and the new robot technology.
What's past is prologue. We should be aware that there is still a big gap in per capita GDP between China and the high-income developed countries. In the future, China will transition from high-speed growth to medium speed. Only through industrial upgrading, continuous improvement in technology, constant efforts to improve people's living standards and quality, by means of reducing the gap between the rich and the poor, expanding development inclusiveness, as well as improving the sustainability of resources and environment, can we avoid the middle-income trap and effectively achieve high-quality development.
作者吴金铎（Wu Jinduo）,本文刊于环球时报英文版（Globle Times）2020年1月20日， “EXPERT ASSESSMENT”栏目
话题： 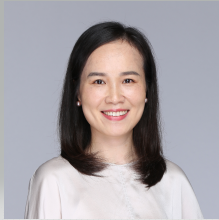